Crossword puzzles are in trend and are really effective to make the user think. A puzzle is a question to make the user brain perfect. It is often used for entertainment and improves logical skill. Some patterns you have to recognize in the puzzle to solve it and the people have good logical skill are usually good with puzzles. The crossword puzzle is the form of the puzzle which has grown with time. Many people often interested in solving crossword puzzles. To solve crossword puzzles, a user should have a good mental skill, thinking capacity, analysis skill and much more.
History about crossword puzzles
It is said to be most popular game since the 19th century. It is a popular game in the world which is first introduced in England in the 19th century. There was the box structure present in which some boxes took place. The words are arranged in the box horizontally and vertically. These words should be meaningful. Also, multiple player crosswords are available to play where a player can make teams.
Although the crossword puzzles played at home, it was first published on December 21, 1913, in Sunday newspaper in New York Times the USA. The journalist Arthur Wynne creates the first published crossword puzzle. After that, he was the creator of some popular puzzle games. The published puzzle is different from modern puzzles. The Wynne puzzle is diamond shaped and does not contain any black square into the box. All the boxes are white colored, but in the modern crossword puzzles, the boxes are alternatively arranged in white and black boxes. After some decades the crossword puzzles takes different forms and it crossed the Atlantic Ocean and re-conquered Europe.
The first crossword puzzle printed in a British publication was in February 1922 in Person magazine. British puzzles developed own style to make the puzzle which is comparatively difficult to solve than other. It is considerably tough than the American variety. The cryptic crossword puzzle comes in form and becomes more popular than other which is introduced by A.F Ritchie and D.S Mancnutt. After that different types of puzzles are formed which is frequently played by crossword solver.
Some facts about crossword puzzles
During the second world war, the crossword puzzle in banned in Paris in case the people can inform the secrete to an enemy by it.
The largest crossword puzzle ever as 7’x 7’ in size, 91000 square and 28000 clues for crossword solver is listed in Guinness book.
The time crossword puzzle was first introduced in 1930.
The oldest crossword competition began in 1978 is annual American Crossword Tournament.
Stanley Newman is the person who solved the New York crossword at 2mins 14secs i9n 1996.
Benefits of crossword puzzles
Crossword solver always finds the benefits of it that it keeps engaging and sharp brain. It is the best exercise for brain, and other major advantages are listed below-
It helps to prevent dementia:
The crossword puzzle in general is the great way to keep brains sharp as you age. Picking up the crossword in habit to make sharp brain and helpful for health.
It improves verbal skills:
As you have to solve many clues to solve the crossword you have to think more. Crossword puzzle answers depend on the thinking of solver that it helps to increase the knowledge as well as verbal skill. You have to figure out different words that help you to increase the verbal skill.
Problem-solving:
Crossword is the great way to practice problem-solving. The five-time American crossword puzzle tournament winner Tyler Hinman said the man who is a master in mathematic calculation and science has the best ability to problem-solving. In both of subjects, some clues are hidden, finding these clues enable you to find something meaningful in the crossword. This practice helpful to solve the crossword puzzles that more practice results better.
Help to learn about patterns
One of the best health benefits of crossword puzzles is that it is the great way to exercise your brain for pattern detecting. People love to find how different patterns are connected and crossword is the best platform to find the patterns. That is why you have to add crossword in daily practice.
After some decades the crossword takes different patterns and forms but has a unique aim that to tease the human brain. Daily practice of it makes the perfect brain health and improves the verbal skill. In modern time use of virtual machines are increased due to technology improvement. The crosswords are available in digital form, and you can play it with the help of computer, tablets and mobile phones.
Difference between traditional crossword and crossword applications 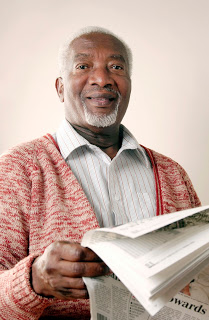 We have explained the crossword puzzles above that it is published in the newspaper, but the crossword apps are the digital form of the crossword. It is the first difference of crossword that it can be downloaded, but the traditional is available in the newspaper.
It is easy to find crossword quiz answers because you do not have to wait for right answers that the application guides you at an instant.
The crossword puzzles are the games in which some numbers, and words you have to put corresponding to the horizontal and vertical boxes. When you play crossword using the digital platform you can easily fill or erase number or word. But it is difficult in paper printed form. To get crossword puzzle help, you can get instant help through the online platform. The digital form of crossword offers you to play multiple crosswords in sequence. The challenge uploaded to the application, and you can access different challenges after completing previous.
Both the form of crossword are beneficial to the brain that it help to make sharp mind as well as helpful for increasing verbal skill. The crossword solver always thinks well than other, and he/she can better understand the clues which are hidden. Studies have proved the benefits of crossword playing to the human health, so you have to add this to your daily routine. Crossword is a perfect exercise for a brain, helpful to learn more words and provide better decoding experience.